By admin on December 17, 2012 in Corporate Government 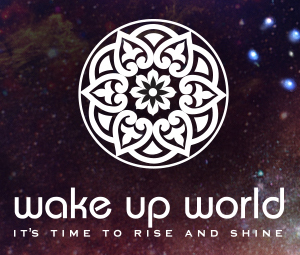 It appears that corporations are masquerading as government in countries around the world – for profit and not for the purpose of governance.

We know the role of true government is to act as trustees for the people… to provide services to the community, to represent its interests. But do those claiming government status today truly act as our trustees?

Does real government still exist? What the FUQ is going on in government today????

Let’s go right back to the beginning… before there was Government. 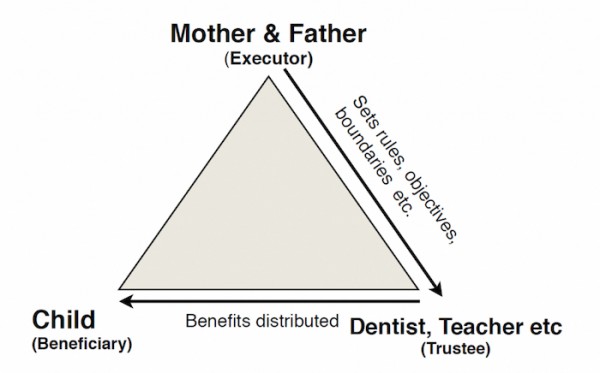 When each of us is born, our parents take on the role of Executor of a trust. They appoint Trustees like nannies, school teachers, dentists etc. to return benefits to you as the Beneficiary. Your parents may make the determinations about your care, but they do so on your behalf until we reach maturity.

When we become of age (whatever age that is) we take on the role of Executor, and continue to appoint Trustees to return benefits to us as Beneficiaries. This is a global human phenomenon; even the most isolated tribes in the deepest jungles appear to behave in the same way. Let’s call this a Natural Trust.

How Does This Relate To Government? 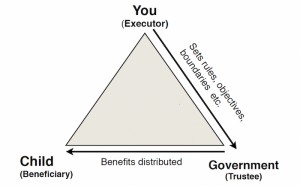 In the same way we appoint nannies and dentists, we also appoint Government as a Trustee. They perform an administrative service and return benefits to us as Beneficiaries. We enjoy the benefits of roads, schools, public health services etc… or at least that’s how it should work. Most people, I believe, would be comfortable appointing Government as a Trustee – provided Government functions according to this Natural Trust, and more importantly that Government actually serves the people.

But what if somewhere, something went wrong..?

What if the Government, appointed as Trustee, started serving another master? What if the actions of Government were benefiting others – like shareholders? Would you trust them enough to appoint them your Trustee?

Inconsistencies in the Representation of “Government”

So which is it? Which one is legitimate? How many constitutions are there?

A similar scenario appears to be taking place in Australia. The Commonwealth of Australia Constitution Act 1900 (UK) tells us that Government is named “Government of the Commonwealth”.… yet occupying the country’s capital is the “Australian Government”.

Surely the Constitutions in both America and Australia aren’t so weak that legal entity names can so easily be substituted? It doesn’t take a constitutional lawyer to tell you there are strict rules for altering constitutions; that’s why we have referenda. But does anyone remember the referenda that enabled these changes to be made?

And is it just the name that’s different..?

When such questions are put to “Government”, answers are scarce – if not completely absent. In a recent case study involving the importation of a 1959 Chevrolet Corvette into Australia, “Australian Customs & Border Protection Service” were challenged to provide evidence they were in fact a legitimate Department of the de jure Government of the Commonwealth of Australia. After twelve months of questioning at all levels of Government, no answers have been forthcoming. ”Ministers”, “Judges”, “Commissioners”, “Departments”, “Governors”, and even the Prime Minister – all remain silent.

So who are they? Are they really Government? So far, no “Government” official has been willing to attempt an explanation; to demonstrate their legitimacy as representatives of true government.

But is a government’s refusal to provide evidence of its legitimacy really good enough? Is that what you expect of a Government that is supposed to act as your trustee? What happened to accountability in Government? Should 12 months without answers be taken AS the answer…??

Accountability in Government… in the Words of JFK

In 1961 US President John F Kennedy made a speech to the American Newspaper Publishers Association that everyone in Government – and those who believe Government do not have to answer to the people – should listen to.

He stated: “Government at all levels must meet its obligation to provide you with the fullest possible information, outside the narrowest limits of national security…. We intend to accept full responsibility for our errors, and we expect you to point them out when we miss them” said Kennedy. Those are powerful words.

So if this is the case, does real government simply shut up when its validity is challenged? Or does it attempt to address the concerns of those it is supposed to serve, especially as public pressure to do so continues to mount? And if they don’t serve us…. who ARE they serving?? What would happen if the “Government” started to act as the Executor of a trust – dictating rules, codes and statutes to you? What happens if “Government” started demanding that benefits be returned to them..?

How could this happen..? 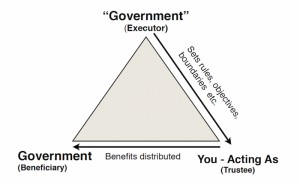 Let’s consider for a minute the scenario of a Corporate Government Trust, in which the “government” plays the role of Executor. Would a “government” acting as Executor take questions from it’s Trustee? Would the “Government” create a legal entity to which you act as Trustee? Perhaps upon the registration of your birth? Do governments address you … or a LEGAL ENTITY? More importantly, does the silence of government on these questions provide the “fullest possible information” that President Kennedy spoke about??

What can we do about this..?

The first action appears to be to determine the capacity in which “Government” acts. Who are they actually serving..? This question is critical. But I don’t expect this information to be any more forthcoming of government than the answer of their legitimacy. So in the meantime, there are other things we can do in our interactions with Corporate Government.

Either of these two approaches would collapse if those claiming government status were able to demonstrate their legitimacy. But these actions have been shown to stop Corporate Government agencies in their tracks. Does this sound like the actions of a Trustee of the people? Or an Executor and Beneficiary of a corrupted system?

More importantly, how many challenges to the lawful validity of government have been met with the proof demanded by its people?

So what the FUQ do we do next?

Max Maverick Interviews Scott Bartle of Frequently Unanswered Questions Of The “Australian Government”
The Vinny Eastwood Show – What The FUQ?