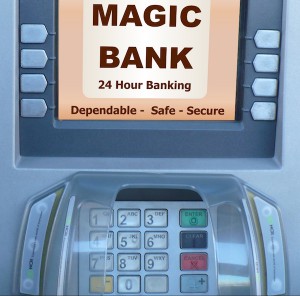 If you have watched the short video Bancorruptcy and thought to yourself that creating money when a loan is made only happens in the US… or England, CONfinance is for you.

I know, it’s one of the funny ones from the Parliament of Australia and belongs to the Australian Government… the ones that are not in the original constitution, but let’s see what it says:

According to the Corporations Act 2001, providing finance means:
(a) lending money; or
(b) giving guarantees or security for loans made by someone else; or
(c) drawing, accepting, indorsing, negotiating or discounting a bill of exchange, cheque, payment order or promissory note so that someone can obtain funds.

Consider that only ONE of the twenty two ways to provide finance is by LENDING MONEY!!

What is the significance of this? Twenty one ways to provide finance that seemingly don’t involve repayment… If repayment was involved, surely it would be described as lending… right?

Who is this type of finance available to? Can you and I walk in off the street and get this type of finance? Or is this what the banksters do without our knowledge and trick us into a repayment agreement that is nearly impossible to get out of, let alone question?

If a loan did take place, surely your bank would be able to provide the evidence they loaned you their money… right? Experience tells a different story. Banks have denied us the right to question a loan agreement. See www.FreeSpeechAustralia.org for an in depth case study including how today’s courts are accessories to this denial of right.

Download the PDF diagram and see how part (c) of the Corporations Act 2001 expands into 22 separate ways of providing finance.

Take this along to your local bank and walk them through it. My suggestion is to approach bank staff with the intention of sharing this information instead of finger pointing. Likely that the bank tellers did not write the Corporations Act 2001, nor do they participate in the processes in monetizing your promissory note. The CEO and CFO is a different story…

“Commercial banks create checkbook money whenever they grant a loan, simply by adding new deposit dollars to accounts on their books in exchange for a borrower’s IOU.”(I Bet You Thought… Friedman, David H. Federal Reserve Bank of New York, Dec 1977)

“What they do when they make loans is to accept promissory notes in exchange for credits to the borrowers’ transaction accounts.” (Modern Money Mechanics… Dorothy M. Nichols – Federal Reserve Bank of Chicago, May 1961)

“…bankers discovered that they could make loans merely by giving their promises to pay, or bank notes, to borrowers. In this way, banks began to create money…” (Modern Money Mechanics… Dorothy M. Nichols – Federal Reserve Bank of Chicago, May 1961)

“It was a small step from printing notes to making book entries crediting deposits of borrowers, which the borrowers in turn could “spend” by writing checks, thereby “printing” their own money.” (Modern Money Mechanics… Dorothy M. Nichols – Federal Reserve Bank of Chicago, May 1961)