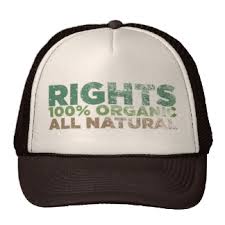 You’ve heard the saying – “I know my rights” – but are they just the rights we are granted? Are they a limited number of rights that give us a sense of independence and freedom or they your because of who and what you are?

Are your rights inherently yours..? OR do they originate from another source, to be granted or denied by others..?

Our creator gave us five senses and a brain to integrate those senses. Each of us were given eyes to see, ears to hear, hands to touch …

If someone has authority to grant rights and/or take them away, your choice is denied. You are not free. An explicit example of the granting of a right comes ironically from within: Article 8 – Universal Declaration of Human Rights

Everyone has the right to an effective remedy by the competent national tribunals for acts violating the fundamental rights granted him by the constitution or by law.

I thought constitutions were intended to protect rights – not to grant them.

If you decide how your faculties are used, you have inalienable rights. They belong to you exclusively by nature of what you are as a being.

Inherent rights are those that belong exclusively to you independent from any external authority or interference.

Here’s an example of inalienable rights:

Each of us has a natural right — from God — to defend his person, his liberty, and his property. These are the three basic requirements of life, and the preservation of any one of them is completely dependent upon the preservation of the other two. The Law – Frederic Bastiat/Dean Russell 1853

It would appear that Bastiat referred to the body as his person back in 1853. 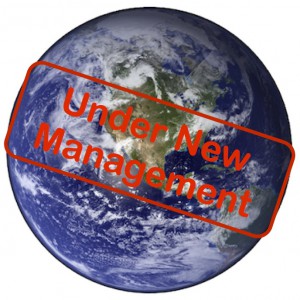 Why is the identification of the origin of rights so important..? Consider each and every instance where a right is granted to you. If it is possible for a right to be granted… or be taken away, was it ever a right..? Or was it merely a privilege… or a permission..?

When it comes to life… who has the right to grant you permission to live..?

For further study into rights, consider the works of Frederic Bastiat, Ayn Rand and John Locke. A selection of their work is referenced within several pages on the website www.absentlimits.net.

It is not society, nor any social right, that forbids you to kill—but the inalienable individual right of another man to live. This is not a “compromise” between two rights—but a line of division that preserves both rights untouched. The division is not derived from an edict of society—but from your own inalienable individual right. The definition of this limit is not set arbitrarily by society—but is implicit in the definition of your own right. Within the sphere of your own rights, your freedom is absolute. Source

…rightful liberty is unobstructed action according to our will within limits drawn around us by the equal rights of others.

The Sphere Of Your Own Rights

The interaction between two spheres – or the rights of two individuals – I contend can only be by force or consent. Visualise your sphere being pushed inwards by another’s sphere, this is by force. Contrast two individuals agreeing – their two sphere’s overlap to the extent of their agreement, this is by consent.

I propose that Consent has two elements; being voluntary and informed. If a gun is held to one’s head forcing agreement, there is no consent, right? If 25 pages of documents are withheld, was informed consent achieved?

If you are acting in one capacity, yet being treated as another, chances are your rights will be denied. The identification of capacity is key.