If there are Two Governments, and Two Parliaments, what are the chances there are more duplicates?  With duplicate names, only two scenarios can exist, either:

Without the evidence of a name change – there must be TWO. Logically, if there are TWO Governments, TWO Parliaments etc, one of them is an impostor. Here’s a few more:

The State of Queensland and its Dependencies, in the Commonwealth of Australia is the full name of the State within the Letters Patent 29 Oct 1900, seen below in the London Gazette, and again in Letters Patent 10 June 1925.

Is this the same as the STATE OF QUEENSLAND AUSTRALIA as registered with the Securities Exchange Commission (SEC) in Washington DC – or is it a different entity?

Isn’t it odd that “Government” agencies and departments have Australian Business Numbers (ABN’s)? Governments in theory make rules and regulations for business… see the Corporations Act for example. So what inspires government to adopt a business number unless they are simply businesses themselves? 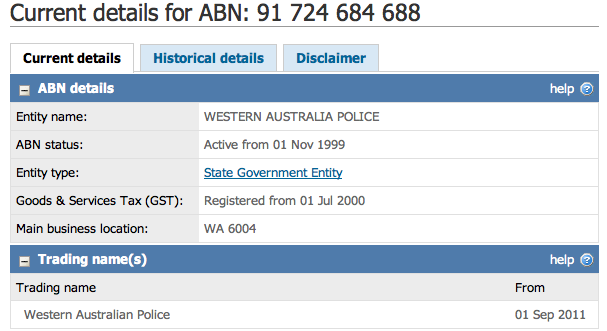 There will be people who say they need to operate with accountability and follow standard business reporting practices. How ever did government manage before it was corporatised? Did they produce annual budgets? Did parliament vote on expenditures?

Wouldn’t it have been pretty easy to create something like an Australian Government Number (AGN) to avoid the unfortunate presumption that these “Government” departments were businesses..? Oops… that would have resulted in a country full of entities having reference to a government that wasn’t even in the Commonwealth of Australia Constitution Act 1900 (UK)… the “Australian Government“. Bugger! Try again. 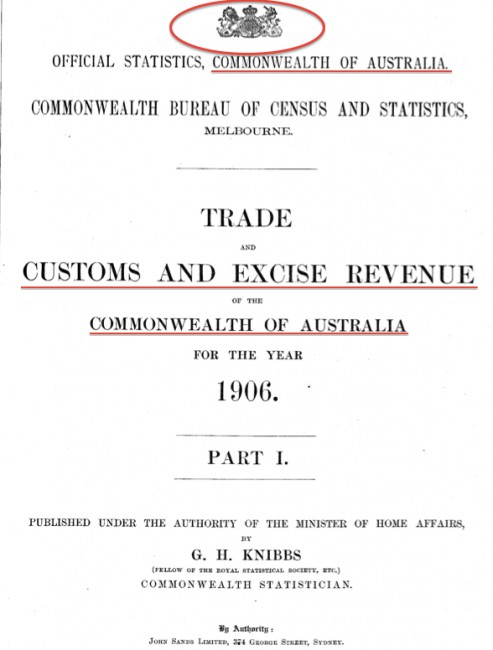 Why would a government department need a ‘Trading Name’? What kind of trade do they do… aren’t they supposed to be service oriented? Take ‘Customs’ for example…

Does this indicate a difference in capitalising names..? Would there have been any need to register a different trading name if one could simply write the name differently..? Like when you are filling out one of those silly forms in BLOCK CAPITALS… as if ordinary printed text was toooooo difficult to read.. ha ha!!

Have you ever asked a Bank or “Government” to address you in Title Case? Have you noticed how reluctant they are to accommodate your request? If you pressure them enough, have you noticed how the addressee in CAPITAL LETTERS is suddenly adorned with a title like Mr/Mrs/Ms once the name switches to Title Case?

“The DUNS number is a unique nine-digit identification sequence which provides unique identifiers of single business entities, while linking corporate family structures together.”

My favourite is AUSTRALIA, COMMOMWEALTH OF (INC) – and yes… the spelling is correct. Was it deliberate..? You decide.