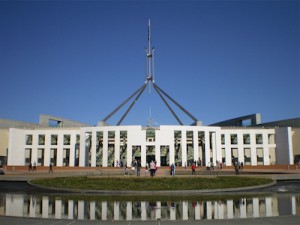 There are two parliament names in Australia presently. One can be found in the original constitution… the other one can’t.

Does this mean there are two parliaments? Or does it mean they are known by their different names? Are the two names interchangeable? In all contexts.

The context is very important… this is where weasels work.

So there you have it… the official reason and explanation of how the Parliament of Australia is legitimate… Ta da!! Or perhaps not – let’s look closer at the two:

Parliament of the Commonwealth

Parliament of the Commonwealth – link to Original Constitution

Origin of the Second Parliament

1973 appears to be when the Parliament of Australia made its debut. The following images present a contrast in Parliaments:

Click the images above to view the Origin of Parliament PDF.

Note: This website refers to the Constitution of the Commonwealth of Australia Act 1900 – UK. Note also that the Freedom of Information Act 1982 that this request was made under comes from the Parliament of Australia.

Click on the images to see the full size images for the Parliament of the Commonwealth. 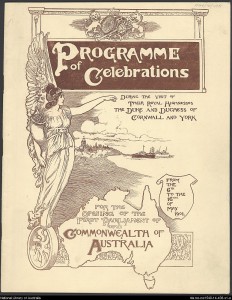 Parliament of the Commonwealth Opening Programme 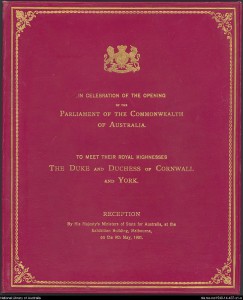 Parliament of the Commonwealth Opening Reception 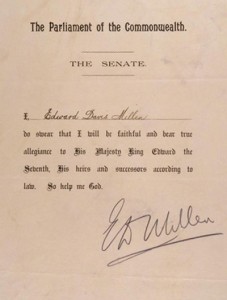 The official name of the parliament in Australia may not mean much to most people. Most go about their daily lives without giving it much thought at all. Others struggle to consider even of the possibility there are two parliaments in Australia.
The Big Lie became to be known as a popular technique that was used throughout German propaganda. Hitler described the Big Lie within his book that was released in 1925, Mein Kampf. Hitler described that Big Lie as a lie that is so colossal that nobody would believe that someone could have the impudence to distort the truth so infamously. In other words, no single person could possibly have the front to make up such a huge lie and on this basis it must therefore be true, people will believe it, as it is so ridiculous. Source

Make the lie big, make it simple, keep saying it, and eventually they will believe it’.

Consider the ramifications of a parliament that is not the one defined within the original constitution.

Surely ‘Acts’ coming from a parliament not defined within the original constitution are Pretend Laws?

See how the two ‘Acts’ the Australian Taxation Office are reliant upon relate to taxes in Australia here.

Here is a short list of questions to ask regarding the Parliament of Australia: