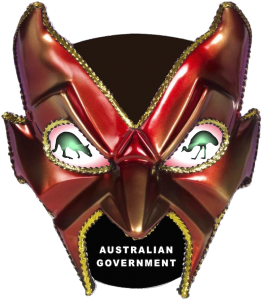 The name of government may not seem important to most, unless there’s two – meaning one is an impostor.

For some, this is not important. “Why should I worry about that?” or perhaps they have deferred any double-checking to the organisation calling itself government. Is this the fox that guards the hen house scnario? Do most of the population take for granted that government is government and that there’s no possibility its been subverted?

If so, it would make a mockery of laws written on treason – they wouldn’t be needed? Section 24 the original Crimes Act 1914 on Treason reads:

Any person who within the Commonwealth or within any Territory
a) instigates any foreigner to make an armed invasion of the commonwealth or any part of the Kings dominions, or
b) assists by any means whatever any public enemy,
shall be guilty of an indictable offence and shall be liable to the punishment of death.

Would the establishment of a government that was not the one defined in the original constitution be considered as “assisting a public enemy”?

The Official Name of Government

Government of the Commonwealth – links to Original Constitution

Today, all mail comes with the “Australian Government” letter head, no matter what department is concerned… who are they?

Some questions to ask may be: 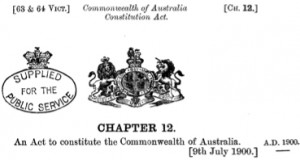 The original constitution came with a seal bearing the lion and unicorn. Today’s “reprints” come with a kangaroo and an emu. So which is it?

Some will say that King George granted the Kangaroo and Emu as a Coat of Arms in 1908 and then a revised version in 1912 as shown on the website www.itsanhonour.gov.au. This is claimed by some as legitimate justification to seal Acts from Parliament… but is it? (Which Parliament?)

2. We are told there is a ‘separation of power’ whereby the Governor-General (or Governor in each state) acts as the monarch’s representative:

Which Seal Would The Monarch Use? 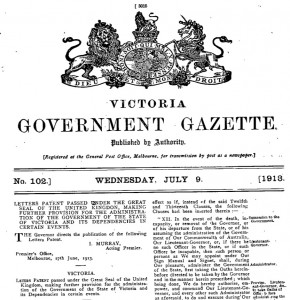 Would the monarch use a Kangaroo and an Emu?

In 1913, Letters Patent constituting the Office of Governor of the State of Victoria and its Dependencies in the Commonwealth of Australia were proclaimed… under the Great Seal of the United Kingdom.

That’s one year AFTER King George granted the Coat of Arms (Kangaroo & Emu) to Australia…and five years after the first time.

Twelve years later in 1925, the Office of Governor of the State of Queensland and its Dependencies in the Commonwealth of Australia were proclaimed… AGAIN under the Great Seal of the United Kingdom. 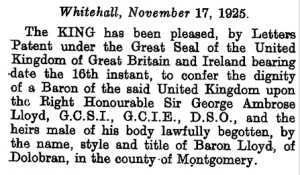 So there’s two examples of the Great Seal of the United Kingdom being used after the grant of the Australian Coat of Arms. This would prompt questioning the use of each seal and how they apply.

It seems too easy to presume the Coat of Arms is officially sanctioned for sealing Acts that the monarch would, even if by his/her representative the Governor-General.

It is interesting to find six separate registered trademarks for “Australia” – each being a variant of the Coat of Arms.

Some have said that it makes sense to trademark the seal used by countries to ensure no one copies it or uses it maliciously. Two things contradict that point of view:

Surely breach of trademark is the realm of corporations – particularly when forging such marks is defined as a CRIME?

Next, the Coat of Arms is seen beside the “Australian Government” – just observe any ‘department’ to see for yourself. Perhaps these questions can be asked of any office using the trademarked Coat of Arms:

Likely the first answer will be yes. If the second question can not be answered, in writing, where an individual takes responsibility for any confirmation of belonging to the Government of the Commonwealth, we have another Frequently Unanswered Question. Further, it might be taken to mean that if the department’s seal is the Australian Coat of Arms… yet they can’t confirm they are of the Government of the Commonwealth, that the Australian Coat of Arms is a corporate instrument.

See what happened when this question was asked of Australian Customs and Border Protection Services:

Note that even the request was twisted by ‘Customs’. The original request asked for: