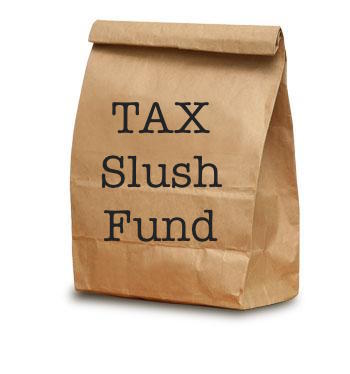 Most will complain for hours about how they dislike paying taxes… but it is accepted nonetheless as necessary.

It’s as if deep inside a program is running that despite logic and reason says “Pay Tax, Pay Tax, Pay Tax” – who would instil such ,er … brainwashing?

When most of the population pay tax, you are taught tax in school, encouraged to find a good accountant to minimise tax when working, there’s little room for thinking outside the brown paper bag… we are groomed from an early age to be Taxpayers.

Do people hold onto the belief about paying tax because they don’t know any alternative? This wouldn’t be surprising. It’s not like you can go to university and learn anything outside the accepted dogma… not when today’s universities are a product of the ‘system’.

But what really is a Taxpayer? If this were a legal document, the capitalised ‘T’ in Taxpayer would indicate it is defined somewhere. You’d think the word was simple enough… right?

Today’s taxes purportedly pay for things like education, defence, the arts, border protection etc. A budget is produced annually showing either surplus in income or a deficit. If you’ve milked the citizens enough, you make up the shortfall by borrowing… and paying interest. 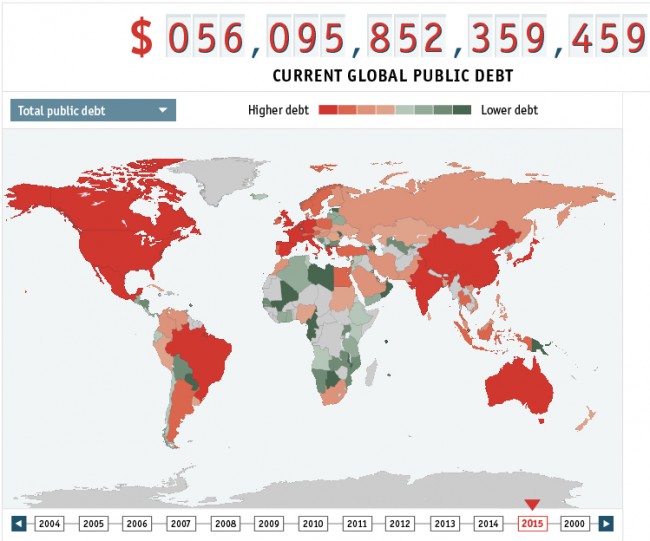 The map above gives a pretty good indication of how well today’s system isn’t working. What if there was way to pay for large infrastructure projects without collecting taxes?

Since the thirteenth century this precious-metals-based system has, in Europe, been accompanied, and increasingly supplanted, by the private issuance of bank money, more properly called credit. On the other hand, the historically and anthropologically correct state/institutional story for the origins of money is one of the arguments supporting the government issuance and control of money under the rule of law. The Chicago Plan Revisited

Not being an economics or accountant, reading the IMF paper above, outside the Taxpayer, the two broad categories of where a government can get its money from are:

Banks charge interest right? To be very simplistic and return 100% of money borrowed it would look like this:

Printing Through The People’s Treasury

Contrast this to printing money through the treasury. Your first thoughts may be “Isn’t this be money out of thin air?”

Let’s look first at what money is. If money was originally intended as a token to represent the energy and effort expended in digging potatoes, catching fish, growing fruit etc, it is the human effort that is ultimately valuable – the token is not. Gold and silver have been used successfully as a token as described in this article.

If the people’s treasury prints money to spend on infrastructure projects, is it the money that is valuable to pay the workers, or is it the energy and effort expended by the workers, and the resultant product, that underpins the printed currency?

This requires the Treasury to act for the people 100%. It can not be a foreign owned corporation. Money printed this way, when backed by the effort of the people results in a currency that is asset backed. It is not based on keystrokes on a bankers keyboard.

Some have said that Treasury printed money would result in massive inflation… though how many bridges can you build at one time. Surely the projects themselves act as a restriction on how much money is created? In any case, it would not matter… if the amount printed matched the value of the built infrastructure there is no imbalance.

Hypothesis on a Bankrupt Country

These words by Abraham Lincoln – quoted in the article on the creation of the Greenback: Bankers, Bradburys, Carnage And Slaughter On The Western Front

The government should create issue and circulate all the currency and credit needed to satisfy the spending power of the government and the buying power of consumers….. The privilege of creating and issuing money is not only the supreme prerogative of Government, but it is the Government’s greatest creative opportunity. By the adoption of these principles, the long-felt want for a uniform medium will be satisfied. The taxpayers will be saved immense sums of interest, discounts and exchanges. The financing of all public enterprises, the maintenance of stable government and ordered progress, and the conduct of the Treasury will become matters of practical administration. The people can and will be furnished with a currency as safe as their own government. Money will cease to be the master and become the servant of humanity. Democracy will rise superior to the money power. – Senate document 23, Page 91. 1865

What happens if instead countries borrow from private banks for its spending? How will they repay that debt? More importantly, where will the interest come from demanded by banks. If the country can not make its repayments, is it logical to assume the banks may foreclose on the country?

Is this what happened to many countries around the world in 1933? If so, it would somewhat explain a corporation taking over government functions acting and an Administrator for the Bankrupt Country. Perhaps it is worth noting:

Since then an ever increasing barrage of taxes have been forced upon the people. If the words of Lincoln meant anything, most of those taxes would be irrelevant.

If it were possible to print money from the people’s treasury, would the choice to impose taxes to pay private bankers be in the best interest of the people? Could those decisions be regarded as unconstitutional? Would this cancel and nullify the national debt? What would cause the people’s representatives to choose debt slavery over prosperity? Is there any coercion involved? If so, would this contribute to nullifying the purported debt?

The current model of taxation will remain so entrenched into the psyche of most of the population. For them, to think differently would cause a minor heart attack… unless they become aware of an alternative to taxation.