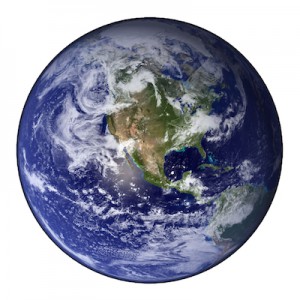 If you have followed the progress of the information I presented on this website, you will have seen the vast number of issues facing people in Australia (and worldwide) with regard to banking and “government”.

What is perhaps worse is that our individual right to question these institutions is denied – just try asking about the NAME on the OUTSIDE of an envelope from a bank or “government” department… if you can’t question what’s on the outside of the envelope, what are your chances of questioning the contents.

Many others have more thoroughly researched the issues surrounding the creation of a LEGAL ENTITY and the subsequent loss of rights when people are forced to act as it, or at the very least conned into acting as it without any disclosure of the consequences.

I am no longer going down that path. I saw that our individual rights were denied. Questioning banks or “government” was futile…

Morpheus: The Matrix is everywhere. It is all around us. Even now, in this very room. You can see it when you look out your window or when you turn on your television. You can feel it when you go to work… when you go to church… when you pay your taxes. It is the world that has been pulled over your eyes to blind you from the truth.
Neo: What truth?
Morpheus: That you are a slave, Neo. Like everyone else you were born into bondage. Into a prison that you cannot taste or see or touch. A prison for your mind.

The reams and reams of paperwork sent to banks or governments did little in the big picture. I believe it was valuable for helping opening the eyes of some – I know of one banker who couldn’t go back to work upon learning the nature of the system. What I appreciate now is how pervasive the “system” really is. Those who received correspondence from me ultimately faced a choice… “Do I question the nature of the organisation I work for? Do I question the hand that feeds me? Do I jeopardise my livelihood, my family? Or do I follow procedure and play it safe?”

It was not until I went with Chris Hales over to Mt Shasta in Dec 2013 to spend time with Deborah Pietsch that I saw the “matrix” differently. I was only going to be there for one month… I ended up staying for three.

Deb received a transmission of information during a personal development seminar back in 1987 – a communication that came like someone was speaking as if they were right next to her – waking her to a bigger picture. Over the coming years she developed her telepathic communication abilities. Things were different back then. People were being introduced to the Law of Attraction – they were seeing results. NESARA was mooted to be announced – it was all happening. All that changed dramatically in 2001 – the year of 9/11. Channeled messages began to look like recorded messages… saying the same things over and over, and nothing really changing.

From my arrival in Mt Shasta with Deb, we ‘tuned in” regularly with the guides Deb works with and my Higher Self (Google Higher Self if this is new). If you find yourself thinking, here we go again… another ‘love & light’ story, think again. (Watch Mark Passio’s video “New” Age Bullshit And The Suppression Of The Sacred Masculine)

So what was different? Deb introduced me to the notion that the “matrix” is energetic and that people are being interfered with energetically. A friend of hers, a well known scientist, described experiments where renowned astral travellers were thwarted when enclosed within a Faraday Cage. WiFi, microwaves, cell phone radiation all interfere with our electromagnetic experiences – like radar jamming, but on humans. Why is this important?

Prior to Deb communicating with her Guides or Higher Self, she would clear her field. I liken this to a sphere around you – this sphere being your space. I’d used this analogy when describing how free will works… each individual has a sphere around themselves and is free to expand that sphere of influence as big as they like until they encounter another individual’s sphere. At that point the interaction must either be by mutual consent OR by force. Which form of interaction have you been experiencing for years..?

Deb’s clearing of the field was vital before even attempting to communicate with others telepathically. Without this, there was a high probability one would tap into a recorded etheric message from a three-letter agency… It only takes one or two words to be swtiched to change the message completely.

In our daily sessions of tuning in, Deb was able to share with me what my Higher Self was trying to communicate with me. What began was the process of clearing out things that were preventing my own telepathic communication. We began clearing my emotional wounds from years prior, first by identifying them… This was not “therapy”… lying on the couch talking about it. The guidance Deb brought through was to the point and often raised much emotion. I became grateful for this emotion and transmuted the energetic charge around it. I’ve since celebrated my birthday… over the course of a month – pain free.

As an example, I had not celebrated my birthday since I was 7 without feeling the pain of my mother’s passing, which was the same day as my 7th birthday party. With Deb communicating with my Higher Self, we identified the root of my wounding that manifest in different instances… it wasn’t as simple as joining the dots of my mother’s passing and birthday celebrations. The emotional pain was like a computer program that would run every time it was triggered, and it wasn’t just a birthday that triggered it. What Deb helped me experience was deleting programs that were no longer serving me.

It was during my time in Mt Shasta that I began to see the “system” more like the “Matrix”. Deb was continually talking about a “Unified Field” – a concept that only made sense once Deb’s scientist friend quoted Einstein as saying “the field is the only reality”. It was like a domino fell for me. I stopped writing Notices when I saw they would not change the Unified Field that created them.  Change the field, change your reality. Some call the field ‘mass consciousness’. 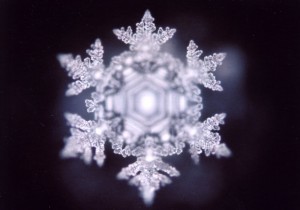 So here’s the important part. Humans are supposed to be nearly 70% water. What is the label stuck on your forehead reading? Is it one of fear and survival? Or is it one of happiness and prosperity? What effect do you think this will have on your physical body alone?

Is the mass consciousness manipulated by media, schooling, government agenda, etc? to be in a constant state of fear, violence etc. Take a look at a newspaper or the nightly “news” and see what the vibe is.

Deb refers to this as part of the “Designed Assault Against Humanity’s Awakening”. In addition to a matrix designed to suppress us, we carry years of emotional damage with no real idea we even carry it. 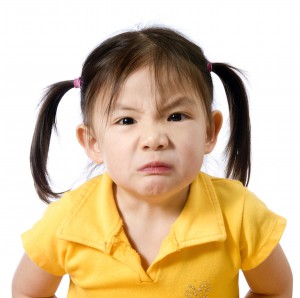 My time with Deb, since meeting in Mt Shasta… and getting married soon after, was focused on shedding the programs running within my own body, the emotional wounding, and reconnecting with my heart… coming back into alignment with my own self love – which had been missing or in hiding for years.

If it’s true that we create our own reality… and the media is used to keep us in a state of fear, then what reality are we creating? The current one?

Stay tuned to learn more about how we can create our own reality instead of SOMEONE ELSE’S reality. Learn more about what I’m up to at www.shiftishappeningtv.com with Deb.