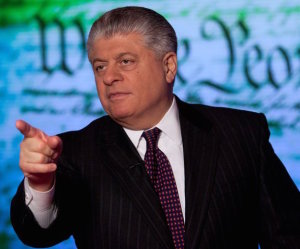 This 5 minute clip might excite those who don’t ordinarily believe anything that isn’t broadcast on CNN, FOX or any other mainstream news media outlets. Judge Andrew Napolitano poses a series of questions that would ordinarily be quashed should they be raised on any ‘Alternative Media’ website… yet here is a Judge on a major media network questioning the fundamental rights and the backbone of government.

Asking questions as Judge Andrew Napolitano did in a recent broadcast on his now cancelled daily show may very well be the reason behind his dismissal from Fox. Though specific details are hard to come by because the Judge has yet to give any interviews on the matter, it’s believed that his refusal to bow to commonly manufactured media narratives is among one of several key reasons he is no longer with the network.

The following 5-Minute Speech that Got Napolitano Fired from Fox News video is one that should not only be forwarded and shared with every single man, woman and child in this country, but taught and expounded upon in every social studies, civics and government class from first grade through college. 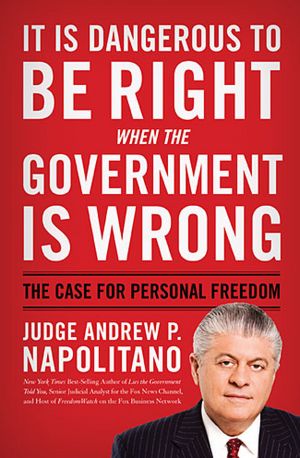 Judge Andrew P. Napolitano is a graduate of Princeton University and the University of Notre Dame Law School. He is the youngest life-tenured Superior Court judge in the history of the State of New Jersey.  He sat on the bench from 1987 to 1995, when he presided over more than 150 jury trials and thousands of motions, sentencings, and hearings.  Judge Napolitano taught constitutional law and jurisprudence at Delaware Law School for two years and at Seton Hall Law School for 11 years. He was often chosen by the students as their most outstanding professor. He returned to private practice in 1995, and began television work in the same year.

As Fox News’ Senior Judicial Analyst since 1998, Judge Napolitano broadcasts nationwide on the Fox News Channel throughout the day, Monday through Friday. He is nationally known for watching and reporting on the government as it takes liberty and property.

Judge Napolitano lectures nationally on the U.S. Constitution, the rule of law, civil liberties in wartime, and human freedom. He has been published in the New York Times, the Wall Street Journal, the Los Angeles Times, and numerous other publications. His weekly newspaper column is seen by millions every week.

The Judge is the author of seven books on the U.S. Constitution, two of which have been New York Times best sellers. His most recent book is Theodore and Woodrow: How Two American Presidents Destroyed Constitutional Freedom. More at www.judgenap.com

If a ‘Person’ is a Legal Entity, What’s Your Real Identity?
Case Study – Australian Taxation Office – Criminal Or Constitutional?