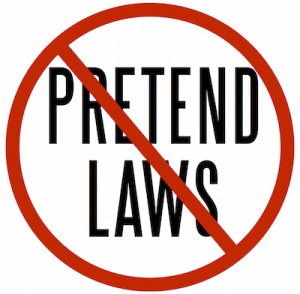 What if there were pretend laws in the country..? Would we have to follow them?

It seems fairly obvious that a law that was not enacted properly would be invalid… just as much as being prosecuted for infringing a law that did not even exist is nonsensical.

One might argue that “it is just a technicality and that there are bound to be flaws in a country’s legal system.” So fix it… right? How many times would an error need to be brought to the attention of “government” before it was corrected?

Perhaps this image answers the question… 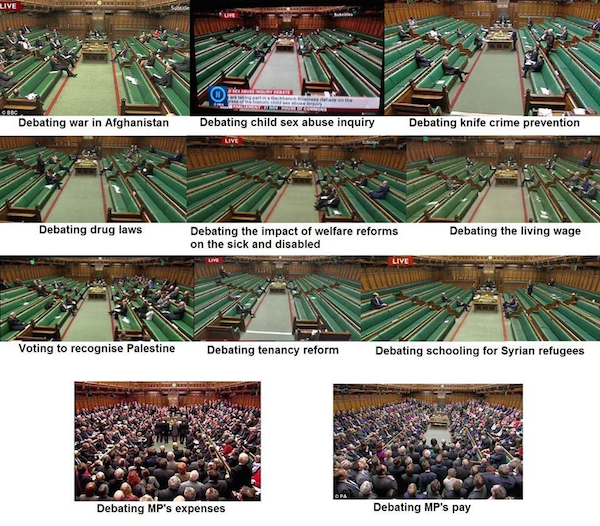 If we do not challenge the validity of law… surely we consent to it being valid even though it may not be..?

Consider the following from the Chief Justice of the High Court of Australia in 1942:

Common expressions, such as: ‘The courts have declared a statute invalid,’ sometimes lead to misunderstanding. A pretended law made in excess of power is not and never has been a law at all. Anybody in the country is entitled to disregard it. Naturally he will feel safer if he has a decision of a court in his favour – but such a decision is not an element which produces invalidity in any law. The law is not valid until a court pronounces against it – and thereafter invalid. If it is beyond power it is invalid ab initio.” – [emphasis added] South Australia v Commonwealth (“First Uniform Tax case”) (1942) 65 CLR 373 at 408, Latham Chief Justice

If the Chief Justice of the High Court of Australia, perhaps the most qualified in the country to question the validity of law, makes such a profound statement, shouldn’t we pay attention..?

Real “Government” is incumbent to deliver the truth. What happens when you don’t have real government?

The Commonwealth of Australia Corporation
CruizeFM Interview With Scott Bartle